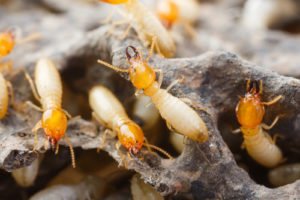 During the winter pests are not as noticeable as they are on the Gold Coast during other times of the year. The ideal breeding conditions are generally present during the warmer months but Spring sees an large increase in activity as many insect species begin egg laying at this time of the year.

Termites are social insects that live in a colony with the king and queen who are responsible for egg production. Although egg laying continues throughout the year, during the spring egg laying increases. Furthermore, termite colonies produce what is known as alates that have wings unlike other castes within the nests. The purpose of the alates is to swarm during the Summer to become future kings and queens as new colonies are established during times of high humidity before Christmas. As such, Spring is an important time for homeowners to arrange a termite inspection of their property so that any nests that are discovered can be quickly dealt with before mating swarms are released.

Cockroaches and spiders also become more active and breeding during the Spring. Egg cases containing as many as 40 offspring are produced at this time of the year and are often seen as tiny cockroaches and spiderlings when they emerge. However, they grow rapidly and when adulthood is reached the breeding process continues. Therefore, Spring is the ideal time to control their numbers before these juveniles can mature and become ready for breeding themselves.

Pest control using sprays and gels is particularly effective during this time of the year.

If you have any queries or would like to arrange for a termite inspection or treatment of your house, please call All Care Pest and Termite Control on 0412 142 340 or 5574 0269 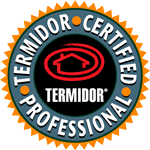